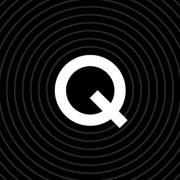 I have for the past week or two been following the rollout of a brand new news publication called Quartz.  It is backed by the same company that publishes The Atlantic, and the small staff has an impressive journalistic pedigree.

The publication is targeted at and optimized for mobile phones, tablets, and readers first and foremost, rather than as an afterthought. The business model is radical, and by no means secure, as Jean-Louis Gassee points out in his delightful Monday Note blog. All of this is interesting to me intellectually as an observer of evolving media delivery models, but what has me excited is not the delivery method but the quality of the content.

This is some of the most consistently excellent writing I’ve seen in a long time.  The quality of analysis is on par with that of The Economist, but Quartz is not an attempt to imitate The Economist (if it were, I’d probably agree with their editorial position a bit more :-).  Their editorial positions are decidedly less guarded, but written from a position of confidence that feels like it emanates more from experience than ideological certitude.

Given the upcoming deployment, I have particularly been enjoying their series of articles on the impact of the world economic slowdown on China, as well as a recent piece on Bo Xilai, which I did not agree with but thoroughly enjoyed reading.

Have a look for yourselves, and let me know what you think

Add to your RSS feed